Its true what is said about Melbourne weather,

or rather Victoria as we are not actually in Melbourne.

Four seasons in one day: forecast for yesterday, hot with the chance

of a thunderstorm later. 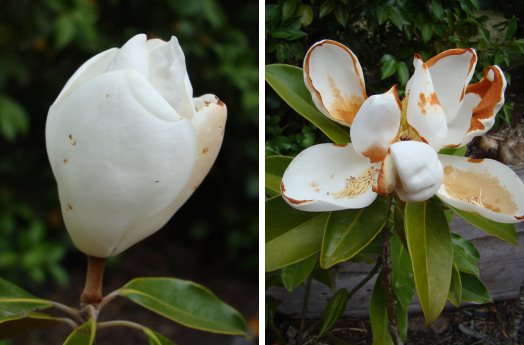 My Little Gem Magnolia first thing in the morning and just after lunch.

Enjoy them while they last as in this heat they won’t last long.

We reached a top of 42 degrees celsious by mid afternoon.

started by lightning strikes, we had our own storm which

thankfully not a lot of damage for us,

although four inches of water flowed through our garage.

Neighbours had tiles off roofs and minor damage,

but around the district the same could not be said. 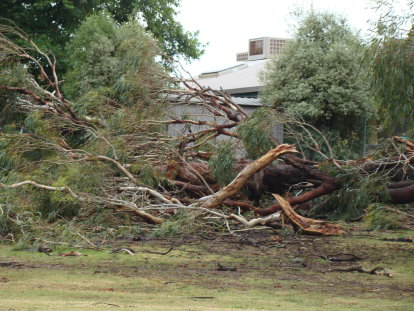 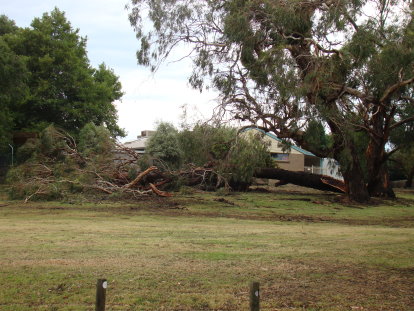 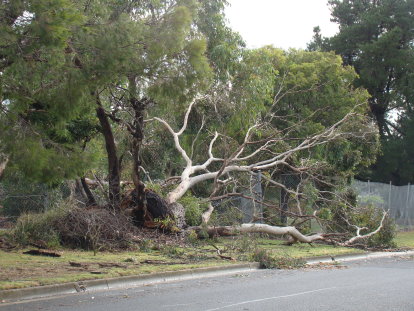 Roads are closed and chains saws could be heard all night

and still this morning while the clean-up continues.

We lost power for about four hours, one report this morning said some

residents could be with out power for up to six days. 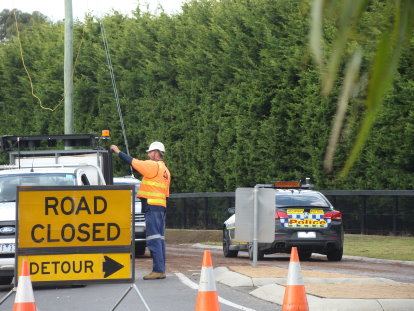 Last night we heard a rumor that our hall had lost its roof.

Hard to believe, but true. with debris strewn all over the road

and around the surrounding shops. 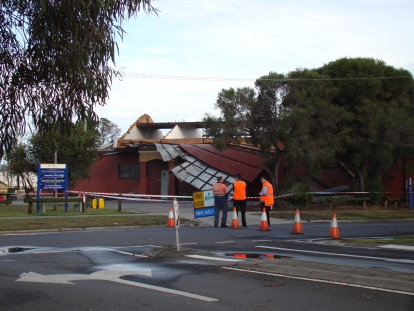 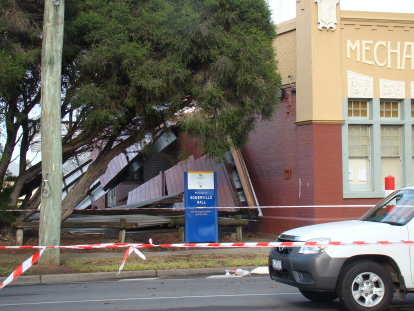 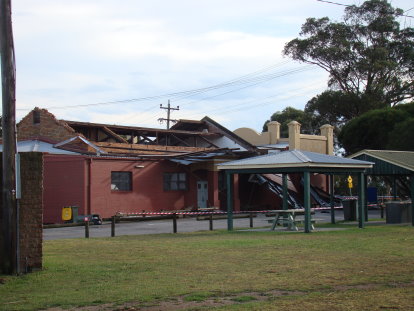 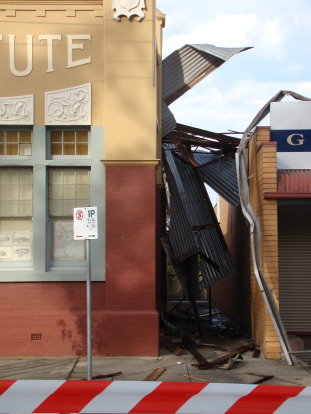 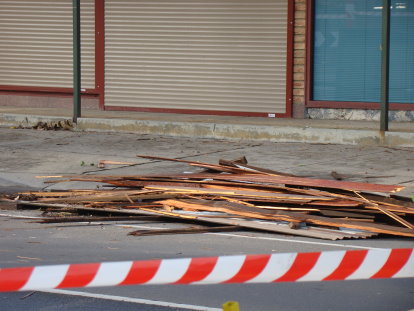 Our rain gage registered 32mls. 22mls from the storm

and the rest from light showers in the night.

On the roof is one of our resident Magpies.

Obviously they found a same place to survive the storm. 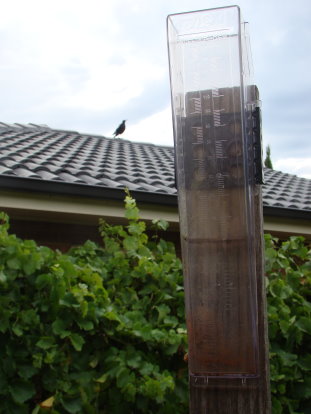 I’m a member of